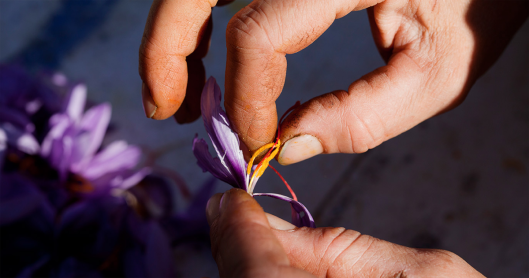 We have very little on our calendar, but the Saffron Fair (Foire de Safran) in nearby Preuilly-sur-Claise was an absolute must. I love making paella, and saffron is required. I always thought the spice was Spanish, due to the paella thing, but it turns out it flourishes in all kinds of places, including the rich agricultural ground around our French neighborhood. Every day I learn more about how ignorant I am.

Off we went to the town gymnasium, where long tables were set with comely wares of vendors selling wine, cheese, chocolate, chicken, cognac, baskets, needlecraft, pottery, and sausage. But we were there for the saffron. 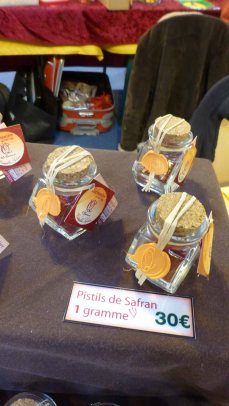 Get out your wallet! 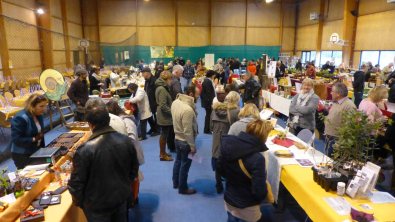 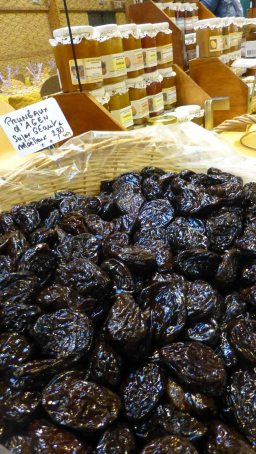 Plenty of hemp oil; Tom was disappointed to find no hemp beer.

Fancy jars are a requirement 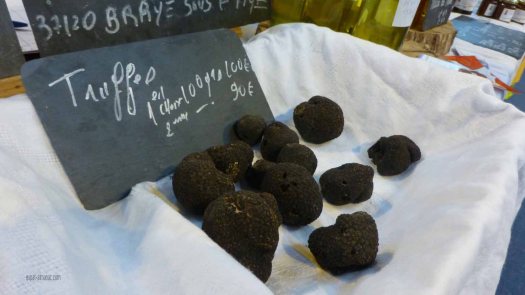 What could be more expensive than saffron? Here’s a candidate.

We learned that saffron can also be put into vinegar, honey, salad dressing, soap, desserts, jam, cookies, and bread. In ancient history, saffron was used as a cosmetic, and a drug for everything from tummy troubles to sword wounds. It was one of the many, many things that Cleopatra allegedly put into her bathtub to help preserve her va-va-voom. And it’s been used as a bright yellow dye for centuries.

So if this stuff is so great, so versatile, so delicious, healthy and pretty, why aren’t we all bathing in it? Unfortunately, it sells for about $5,000 per pound. I’ve always wondered why. Saffron comes from the stigma of the saffron crocus (Crocus sativus). Each bloom has only three stigmas, each of which must be plucked by hand and then dried. It takes 75,000 flowers and 20 work hours to produce a pound of saffron.

So I bought some Indian spices to perk up my French cooking, and after touring booths that sold saffron threads for up to 32 Euros a gram, settled on two half-gram twelve-Euro bags. It was no cheaper here than anywhere else. On the other hand, we’re having paella tonight!

2 thoughts on “Why We Aren’t Bathing in Saffron”