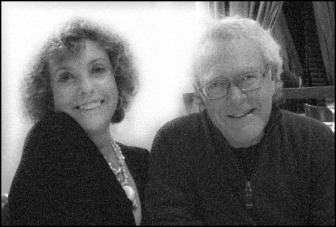 Louise Lague embarked on her first solo adventure at age three, after getting bored in her front yard. Her terrified parents kept her on a leash for thirteen years, then took her to Europe for the first time, which she found mindboggling and generally awesome. She can no longer count how many times she’s been back, but never before for more than a month. A journalist, she wrote for Time Inc. magazines for twenty years. Her work has also appeared in O, Self, Glamour, and the New York Times travel section.

Tom Lichty dabbled in the wine exporting business for years, not to make money (he didn’t), but to travel (he did), and discovered that travel is like a fine pinot noir: adventurous, savory, and somewhat addictive. He is retired as a graphic-design consultant and university lecturer, and has authored eight books. Interspersed with legitimate employment, he has been a pilot, a radio announcer, a tugboat operator, and a newspaper publisher.

Contrary to the photo we use as a header, we are not traveling in a van. We don’t own anything that resembles a van or a car. Nomadic lifestyles and automotive ownership are mutually exclusive, far as we can tell