Ennis, Letterfrack, and Hodson. Sounds like a legal firm you might hire to defend your son on a charge of animal abuse with a laser pointer. (“Really, Your Honor: Whiskers had a healthy relationship with that red dot for years. I can only assume it was his old age that led him to confuse it with the barbecue.”)

Actually, Ennis, Letterfrack, and Hodson are towns—really small towns—in Ireland. And each one has an opulent hotel.

After two weeks of trudging through castle ruins and sweater shops, we needed a rest. We needed time to read, daydream, and reflect on this wondrous place called Ireland. It was a week before our flight to Portland.

We stumbled on the solution during our stay in Dingle. Louise—who welcomes the opportunity to shop for destinations with the same enthusiasm she reserves for shoes—booked us into a B&B in the rolling hills outside of town. It was an estate, beautifully appointed and serene—just what we needed after a white-knuckle day driving the Ring of Kerry. We reclined in the living room, reading, napping, and absorbing the quiet of the countryside.

The living room in our B&B outside of Dingle

What hypnotic relaxation! What a tranquilizing respite! The place cost about $80 a night, with a hot breakfast. In Ireland, the countryside is where the bargains are.

So Louise began searching for hotels in remote areas. She found three (here comes the legal firm again): Ennis, Letterfrack, and Hodson. Each hotel was off the beaten path, each was extravagant, and while they weren’t $80 a night, they were refreshingly affordable. We would spend our last week in Ireland strolling glamorous gardens, reclining in opulent lobbies, and feasting in ambrosial dining rooms.

Which is exactly what we did. Take a look: 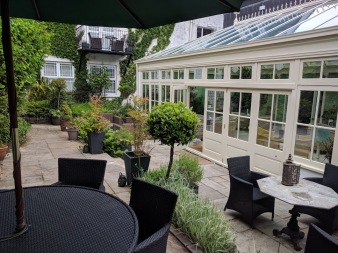 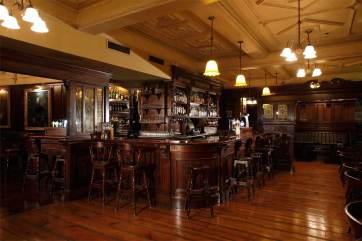 POSTSCRIPT: I wrote the post above before we drove to Hodson Bay, our final stop. There our bubble burst. On the Internet we had been seduced by the word “lakeside.” We were promised a marina (for me) and a swimming pool (for Louise).  We made a reservation. 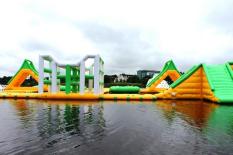 It was all there as promised: a pool, a marina, and a lakeside hotel—interspersed with noisy jet skis, cacophonous bouncy houses (floating), and one unattended car alarm in the humongous parking lot (which our room overlooked). Think Six Flags Over Ireland.

It’s ironic that our first two days (Dublin) and the last two days (Six Flags) in Ireland are the ones I would care not to repeat. Everything in between—absolutely everything—batted my expectations aside like a summer midge. Instead I found an Ireland far beyond what I could have imagined: proud, friendly, generous, jovial, and oh-so-winsome.

We saw a cottage for sale in Ennis. Stone walls, thatched roof. Sheep in a meadow, dogs on the porch. We’ve been known to act on our impulses in the past. Who knows, maybe we’ll be writing to you from our Irish home someday, when the sheep are in and the Guinness is cooling in the fridge. You’ll come to visit, won’t you?

8 thoughts on “Ennis, Letterfrack, and Hodson”