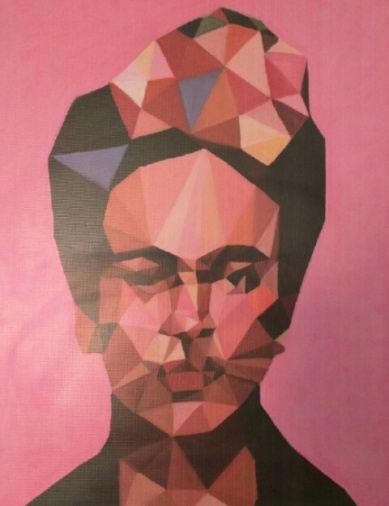 Graphic of Freda Kahlo hanging in our room

We’re back in Puerto Vallarta!

(Well, not for long. Ten days is all. We came down here to attend to a dental issue but when we got here we were told there really was no issue, so now our visit is entirely pleasure. We’re not disappointed. There’s no disappointment in Puerto Vallarta.)

Some of you may remember that we lived here for six months in 2014. Two years can be a long time in a developing country, so we expected to see some small changes, and to be strangers.

But no. We dined at La Caipirinha, our favorite Brazilian steakhouse. We were chomping away when the cook came reeling out of the kitchen waving an Expat Almanac business card. We had featured his restaurant in a posting two years ago, gave him a business card at the time, and somehow he recognized us. Hugs all around.

He gave me a teeshirt from El Cólera, their sister seafood restaurant. I asked what the word meant (El Cólera translates to “cholera”), thinking there might be some Mexican meaning besides “dread disease,” and they all assured me it meant “dread disease.” Mexico is so much fun!

But when we first walked the malecon (boardwalk) the next day, we noticed something was missing. It was the beach.

Sunset from our balcony

PV’s anxious downtown waterfront. There used to be a beach here. 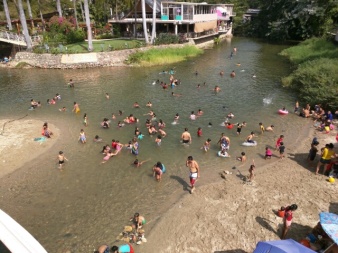 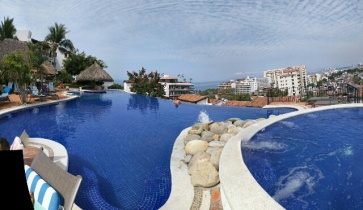 The infinity pool at our apartment 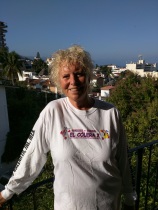 Not entirely missing, but considerably more narrow. Beach restaurant tables teetered on the brink of a sandy cliff that didn’t used to be there. Beach vendors didn’t know where to walk. A fast-moving series of enormous waves pounded what was left of the shore. We’ve never seen big waves that close to the land. It was as though the ocean were driving itself into the town. Even the natives were out there filming this oddity, at the same time wondering what it would mean and when it would stop. This, depending on whom you talk to, is the work of a hurricane last June, or El Niño, or a recent earthquake in Japan.

Japan! So far away, but we are so linked. In the news we are reading about hatred and exclusion between and within political parties, building walls between neighbors, squaring off between races and creeds, and the useless argument over whose lives matter. Yet here is the Pacific, an arm of Mother Nature, reminding us that we are a globeful of related humans and we are already interdependent. We are in each others’ business in a million ways, and making friends, not enemies, is what will save us from Mother Nature and from each other.

This is one of a hundred reasons I love oceans. They always have something to say.