In the last episode of Louise of the Jungle, I was fleeing an iguana next to our pool. Now Iggy and I are great pals, meaning I no longer shreik or panic, but I do keep a close eye on where he’s going. As well as the other 6000 iguanas in Tamarindo.

Feeling toughened, Tom and I accepted an offer from a man I’ll call Crocodile Dundee to kayak through a jungle estuary. Croc promised us a detailed eco-tour of howling monkeys and blinking crocodiles and exotic birds, plus a snack and drink. I figured one cannot come to all-natural Costa Rica without trying something like this.

Our very own Crocodile Dundee, name withheld for obvious reasons

We met him the next afternoon, and started chatting with our young tour mates, backpacky young newlyweds with that sinewy look. “Time to talk later,” Croc snapped. “Meet me at my blue truck by the estuary.”

Croc drove his hopelesslly rusty formerly blue truck, stuffed with kayaks and paddles and equipment, right onto the beach. “Help me unpack,” he growled. The four of us started heaving the stuff onto the beach. “Put the paddle halves together.” He threw us lifejackets. Mine was troublesome. “Hey,” he said, “it helps if you unbuckle it first.” We put the seats and token back supports onto the little boats. “Now, put your buttocks on the seat sideways and swing your feet around.” Okay. 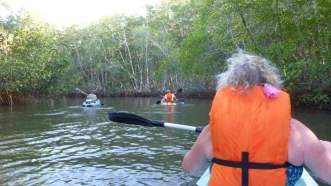 My back is killing me…

Croc led us along the shore, pointing at mangrove roots and saying “Mangrove.” A little ways further, and he made us all pause to look at a white heron. “There’s a bird,” he said. Croc found another heron about a football field later. “There’s another bird.” Meanwhile my backrest wasn’t working and my back was killing me. My legs were in a cramp. My hands were getting painfully blistered. Urg. 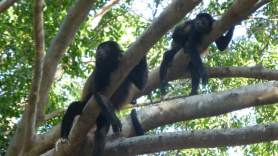 Two monkeys is all we got

A half mile upriver, we dragged the kayaks onto a muddy shore and, sweating buckets, trod a jungle path to a stand of tall trees where another group of tourists were howling to make monkeys howl. Except the monkeys didn’t show. “Usually there are about 12 of them here,” Croc mumbled. Eventually we saw two; neither howled.

On the trek back, Croc pointed out crab holes and termite nests. We saw some ants. Back at the kayaks he opened his cooler and poured water into cups (“Just three quarters of a cup each,” he ordered.) Then he slapped each of our palms with a granola bar. He told an unfunny story about how one of his stupid tourists had stepped off a deep underwater cliff right where we were standing and had been first swallowed in deep dark water and then swept downstream. 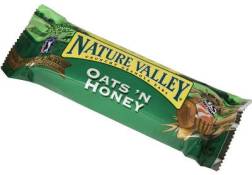 And then, time to paddle home, upstream. The backpacky young newlyweds spun off, Croc passed us, and I was groaning over my back, legs, and palms. “The crocodiles come out here after dark,” Croc warned us as the sun began to set. Even paddling like a demon, we lagged behind.

I was caught at rest when Croc turned around and barked, “You gotta paddle! You wish you were home watching TV and drinking coffee??” Beast. Eventually he sped off after the newlyweds, until we could see him no more. Tom and I kept plowing forward. I remembered my Lamaze breathing to get through the pain.

Dripping wet, we reached shore in the pitch dark and silently loaded the last two kayaks. “Your hotel is really far away,” Croc told us. “I’d give you a ride but there’s no room in the truck. Okay, that’s $60 each,” Croc said. “Don’t forget to give me a review on Trip Advisor.” Yeah, right.

8 thoughts on “Louise of the Jungle, Part Two”