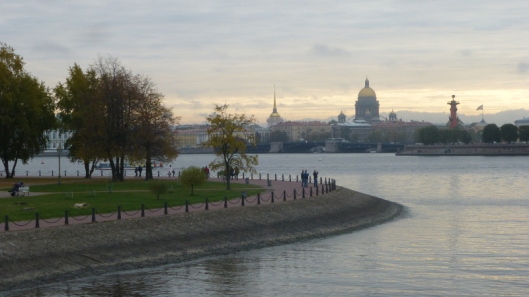 The Neva River in St. Petersburg

The journey home required precisely 24 hours. We arrived at our Portland doorstep at midnight Thursday and fell into bed, where we’ve pretty much remained for two days.

Not too exhausting, however, to prohibit a few reflections on Saint Petersburg—our concluding destination, where we stayed four days—before we conclude our comments on Russia:

Inside the State Hermitage Museum

Gold, domes, and canals all come together

Inside the Catherine Palace 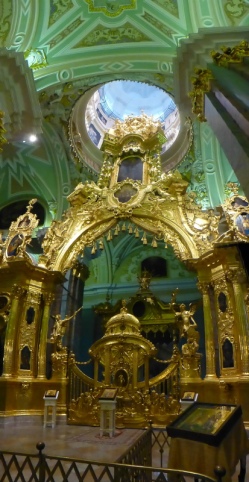 Inside the Peter and Paul Fortress

Detail of the Peter and Paul nave

The abundance of gold almost became monotonous. (But not quite…)

The Church of Resurrection of Christ. Rumor has it that it was paid for by a special Imperial tax on drinking houses.

The Summer Garden is delightfully vacant in October